On March 29, Xiaomi will hold a spring conference. Xiaomi officially confirmed yesterday that  the Xiaomi Mi 11 Ultra and Pro will be released at that time. In addition Xiaomi challenged the title of ‘Android King’. Today, the official poster of the new machine again indicates that the new phone has a powerful imaging system. 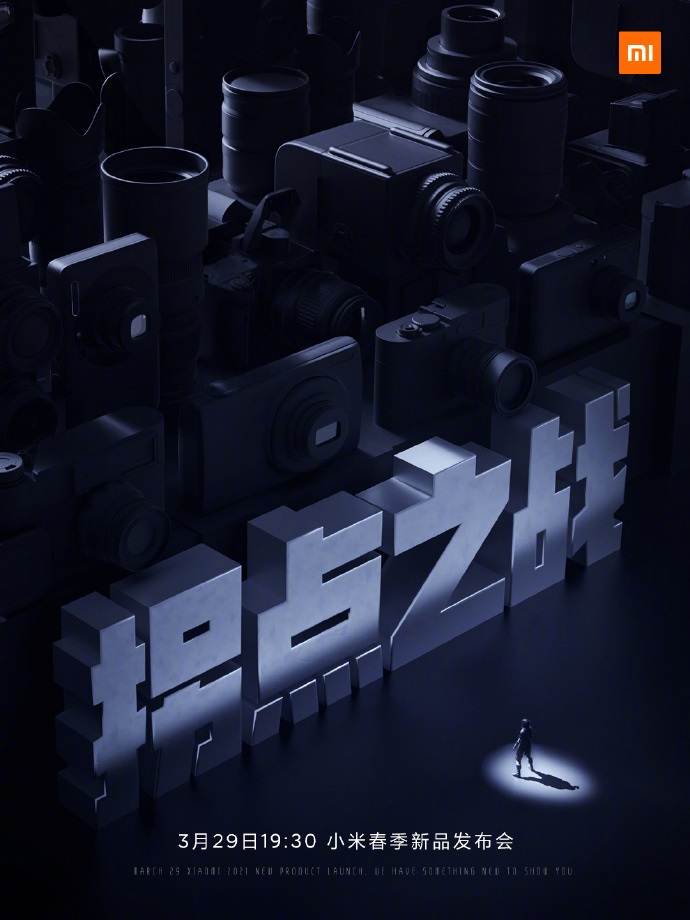 The company used the ‘war of the turning point’ to describe the image system of the Mi 11 Ultra. Also, it used ‘revisiting the boundary of the dark night’ to imply that the new machine should have a very good night imaging effect. According to previous news, on the camera module, the Xiaomi Mi 11 Pro series will change the telephoto lens to a 48-megapixel periscope lens on the basis of the standard version. The latter can support 5x optical zoom shooting. The Xiaomi Mi 11 Ultra will also come with a three-camera. It will have a dual main camera + periscope lens combination.

Interestingly, the Xiaomi Mi 11 Ultra will be the world’s first Samsung ISOCELL GN2 CMOS, with a 1/1.12″ inch ultra-outsole. Each pixel of 50MP reaches 1.4μm. It is also the world’s first to support Dual PD Pro and full-pixel omnidirectional 8-core focusing. It supports up to 120x zoom shooting. There is also a secondary screen next to the camera. This smart window can be used to take pictures, quickly view messages, and so on.